VIEWZ
Mona Lisa in space: NASA sends masterpiece to moon probe with laser.
The Scale of the Universe 2

Original Batmobile sold for $4.2m at US auction 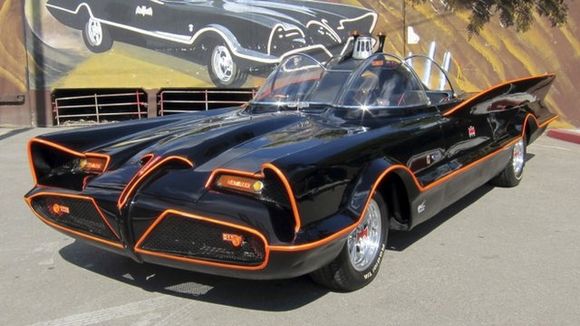 The Batmobile used by actor Adam West in the original TV series of Batman has sold for $4.2m (£2.6m) at a US auction.

The car was bought by Rick Champagne, a logistics company owner from Phoenix, Arizona.

The Batmobile design was based on a 1955 Lincoln Futura, a concept car built in Italy by the Ford Motor Company.

It was the first time that car had come up for public sale since it was bought in 1965 by car-customiser George Barris, who transformed it in 15 days, at the cost of $15,000 (£9,400), into the superhero's famous vehicle.

The Batmobile was definitely one of my Dream Car when I was a kid…  I have not seen it for very long time, but I think it still looks awesome!