VIEWZ
Sundance Filmmakers Can Self-Distribute Films Online After Festival
Can You Spot the Possible UFO in This Time-Lapse Video of a Meteor Shower? (THE BLAZE) 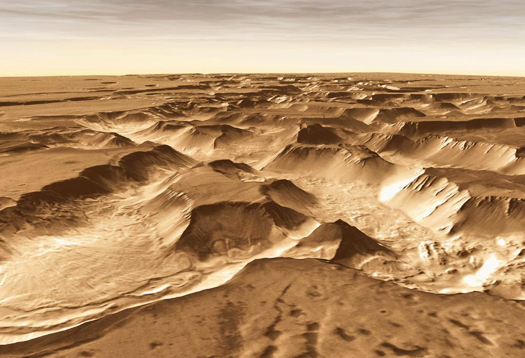 Up to half of all life on Earth consists of simple microorganisms hidden in rocks beneath the surface and for some time scientists have suggested that the same may be true for Mars. Now this theory has been supported by new research, which suggests that the ingredients for life have been present in the Martian subsurface, a zone of more than three miles below ground, for much of the planet’s history.

When meteorites strike the surface of Mars, they act like natural probes, bringing up rocks from far beneath the surface. Recent research published in the journal Nature Geoscience shows that many of the rocks brought up from the Martian subsurface contain clays and minerals with a chemical make-up that has been altered by water, an essential element to support life.

The comments to this entry are closed.